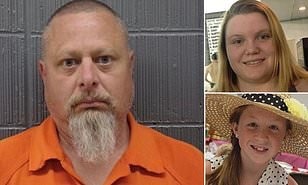 Delphi murders suspect Richard Allen had his initial bail set at $20million after he was arrested for the 2017 slayings of two teenage girls, Your Content has learned.

Richard Allen, 50, has been charged with the murders of Liberty German, 14, and Abigail Williams, 13, in Delphi.

The girls had been hiking together along the Delphi Historic Trail near the Monon High Bridge on February 13.

When they failed to show up at their pick-up location their parents reported them missing, with their bodies being found the next day.

New details from the court docket reveal that Allen has been charged with murder and an underlying offence.

A court hearing on November 22 will decide if documents relating to the case will be made public,‘according to DailyMail.