By Your Content Staff
Modified 3 hours ago
November 22, 2022
Featured 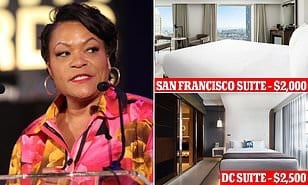 New Orleans’ controversial mayor has been embroiled in yet another scandal – this time for allegedly upgrading to her hotel rooms financed by the taxpayer, Your Content has learned.

She previously argued it wasn’t safe for a black woman to fly economy, but council members disagreed and almost $29,000 was repaid on upgraded flights.

Cantrell has also faced questions as to why her bodyguard also flew first class with her – in particular on a LA trip to a VIP event with Brad Pitt.

Cantrell was asked to account for the bodyguard’s extended hours spent inside the city-owned apartment she uses,‘according to FLIPBOARD.