Ex-marine eats pork chops, peach cobbler and Pillsbury Grands biscuits for his final meal before he is executed by lethal injection in front of the mother whose 16-year-old daughter he raped and killed in 2000
E 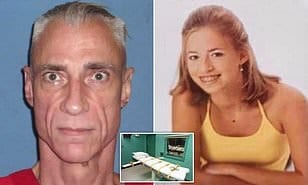 A marine on death row for raping and murdering 16-year-old Leesa Marie Gray in 2000 ate pork chops and biscuits for his final meal before his execution, Your Content has learned.

Thomas Loden, 58, was covered by a white head sheet during his execution.

Before the injection started, Loden said he was ‘deeply remorseful’ for his crime.

He murdered Leesa Marie Gray, 16, in 2000 after she was stranded on a rural road with a flat tire.

He is the second inmate killed by lethal injection in Mississippi in two years,‘according to Daily Star.