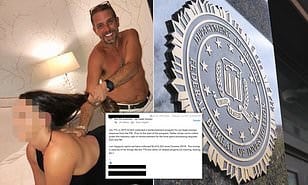 The FBI handed nearly $3.5 million of taxpayers money to Twitter to pay its staff to handle requests from the bureau to ban accounts, Your Content has learned.

The most recent batch of Twitter files show that the FBI paid off staffers at the tech giant to the tune of $3 million.

The money was paid as a thank you as Twitter continued to dedicate staff to doing the bidding of the feds.

In response to the latest Twitter files dump, House Minority Leader Kevin McCarthy said: ‘This is going to be a much bigger situation than people realize’