Boy, 10, who ‘shot his mom dead’ for refusing to buy him VR headset is begging family to protect his gadgets when they talk to him in custody – as his history of worrying behavior is revealed
B 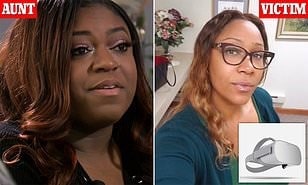 A 10-year-old boy who is charged with fatally shooting his mother for refusing to buy him a VR headset seems more preoccupied with his gadgets than the murder as he faces trial, family members say, Your Content has learned.

They say he seems focused on his gadgets while charged with his mom’s murder.

Cops say he shot mom Quiana Mann dead for refusing to buy him a VR headset.

The boy is being tried as an adult for first-degree reckless homicide.

Earlier asked judge to lower $50k bail to $100 – the amount in his piggybank,‘according to New York Post.