New York home invasion that left dad, 61, stabbed to death, one daughter, 19, critically hurt and another, 21, with minor injuries ‘may have been planned’
N 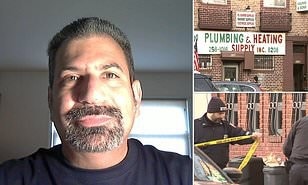 A father who was killed while his daughters were injured during a brutal Brooklyn home invasion may have been the victim of a targeted attack, Your Content has learned.

Carlo Secondino, 61, was fatally stabbed in his Brooklyn home on Thursday.

His youngest daughter Liana Secondino, 19, was also stabbed and was transported to Maimonides Medical Center in critical condition.

His eldest daughter, 22, also suffered minor injuries to her hands and was taken to NYU Langone Hospital.

It was originally reported that two robbers entered the home and demanded money from a safe. The family did not own a safe.

However, sources told the New York Post the crime may have been planned.

Police said earlier they would investigate if it was a family dispute, but no arrests have been made as of Thursday afternoon,‘according to The Dailymail.