Cops identify man, 59, killed after EIGHT teenage girls, aged 13 to 16, took part in ‘swarming’ attack when he stuck up for his friend in Toronto and they set on him like ‘wild animals’
C 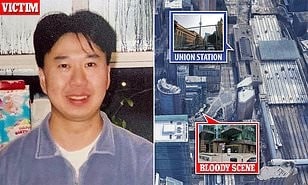 Canadian police have released the identity of a homeless man who was stabbed to death by a pack of teenage girls last month, Your Content has learned.

Ken Lee, 59, an immigrant from Hong Kong, was murdered by a pack of teen girls.

It is believed Lee was attacked while defending a friend eight girls were robbing.

The girls were aged between 13 to 16 and charged with second degree murder.

People who knew Lee remembered him as a quiet man and devoted friend,‘according to NEW YORK POST.