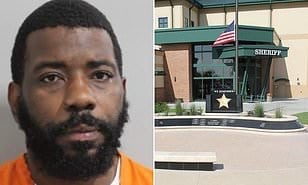 Florida man arrested for molestation and sexual battery of multiple children his WIFE babysat in the couple’s Orlando home, Your Content has learned.

Timothy Bernard Cooper, 39, was arrested for sexual battery against minors.

Cooper’s wife was a babysitter at their Orlando home .

One victim came forward last year after Cooper had touched her in 2019.

Cooper was also a manager at Denny’s restaurant in Davenport.

Police are asking parents or guardians of children to come forward if they believe their child was a victim to call them at 321-235-5300,‘according to WFTV 9.