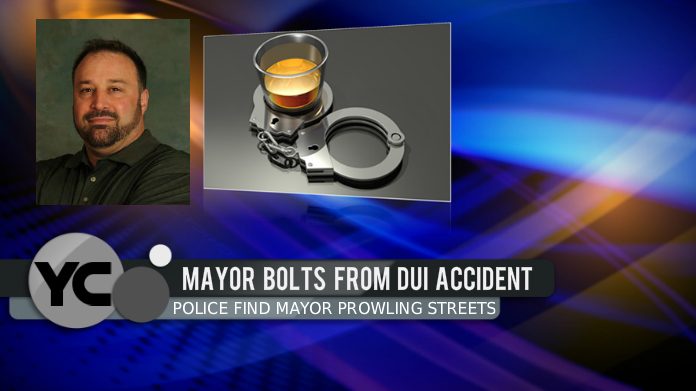 CHESTER, Pa. — Mike Ciach of Upland was charged with driving under the influence after he allegedly hit a vehicle and fled the scene of the crash, according to a spokesperson for Chester City. Ciach also ran for State Representative earlier this year, losing to his opponent.
The mayor was arrested after he rear-ended a vehicle which then struck two additional parked cars Friday in the city of Chester.
When police arrived, neighbors were on their porches yelling that the driver of a 2002 Dodge pickup had bolted on foot. Clearly, the mayor is no track-star. Ciach was seen prowling a neighboring area by patrol officers who arrested him.
Volonna Wright told 6abc she told him to stay at the scene.

Wright also told Action News her conversation was brief, and she had no idea the man who had allegedly just hit her father’s parked SUV was Upland Mayor Michael Ciach.

Charges were filed against Upland Mayor Michael Ciach after police say he rear-ended a car that then struck two other vehicles on Friday in the city of Chester, just outside of Philadelphia.

The incident occurred on East 22nd Street and Edgemont Avenue in Chester at approximately 3:33 a.m.

He is also charged with damage to unattended vehicles and failure to notify police of an accident, according to public records. Ciach was released on his own recognizance. He will be mailed a summons for his arraignment date, according to the Chester City spokesperson.

Court records indicate that Ciach lost his balance as officers patted him down. Police then determined that it was unsafe for him to undergo a sobriety test. The records also state that the two officers carried Ciach to a police car after he again lost his balance.

Young Constituents reached out to Mayor Ciach for comment. We have not yet heard back from him.