POLICE, FBI ON THE HUNT FOR MAN WANTED FOR BANK ROBBERY
P 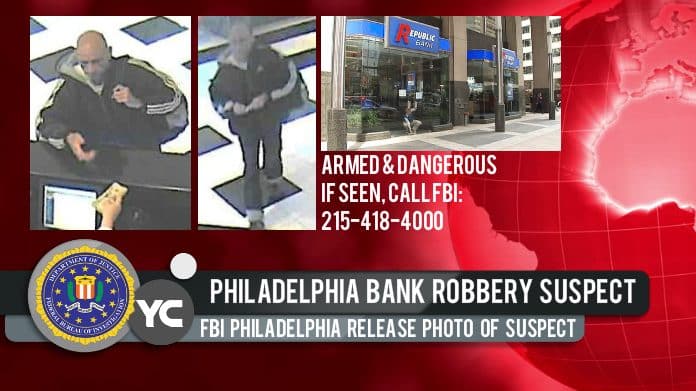 Philadelphia, Pa. – The Philadelphia Field Office of the Federal Bureau of Investigation and the Philadelphia Police Department are seeking the public’s assistance to identify and locate the subject responsible for the robbery today of the Republic Bank branch located at 1601 Market Street.

The suspect is considered armed and dangerous. Anyone with information is urged to contact the Philadelphia Federal Bureau of Investigation at 215-418-4000 or the Philadelphia Police Department. There is a reward for information leading to the suspect’s arrest & tipsters can remain anonymous.

A 30-year-old Atlanta man had to be airlifted to a Miami hospital after a shark attacked him Sunday.
Read more