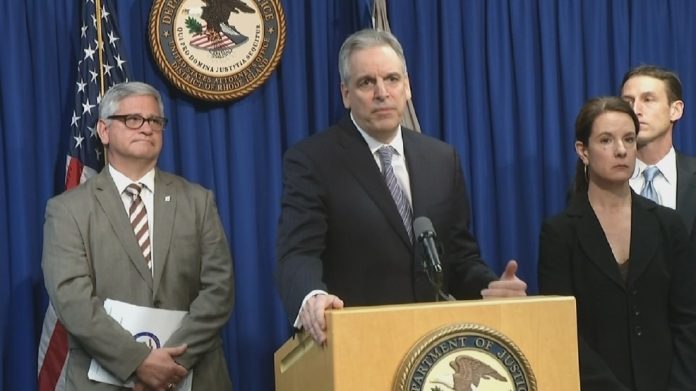 “It has been the honor and privilege of my professional life to serve the people of Rhode Island as United States Attorney for nearly eight years. When I began my career in public service as a state prosecutor over twenty years ago, I never could have anticipated what the future would hold. I am incredibly grateful to President Obama, and to Senators Reed and Whitehouse, who recommended me to the President, for their confidence in me.

“I have met and worked with so many great and talented people along the way, both in law enforcement and in the community, and we have done so much together. We have faced so many challenges, from the steady stream of public corruption cases to the scourge of human trafficking, particularly child sex trafficking. International drug cartels and prescription pill misuse have caused our ongoing opioid and heroin public health crisis, threatening the lives of children and adults alike. Violent crime, and a criminal justice system not best equipped to deal with it, has challenged us to rethink our mission as prosecutors and law enforcement – to understand that prevention and effective re-entry for those who have paid their debt to society have their place alongside smart enforcement.

“Whatever we have accomplished, none of it would have been possible without the dedication and outstanding ability of the men and women of the Office I have been so fortunate to lead. Some have been my colleagues for nearly fifteen years, and I will miss them all, very, very much. Given the nature of this job there is never a perfect time to step away. With enormous gratitude toward those who have been so supportive during my tenure, my family and I look forward to the next chapter of our lives.”