Germantown man shoots at police and helicopters; kills self
G 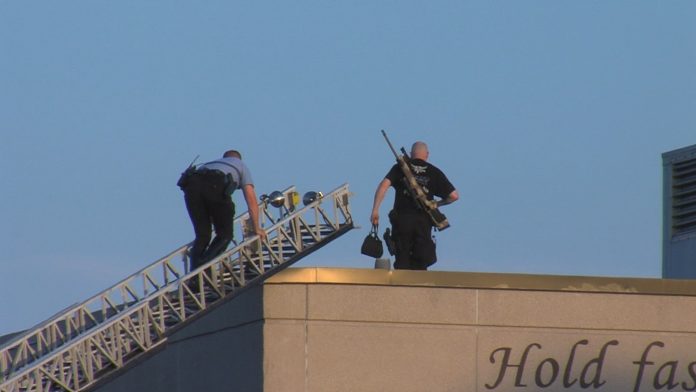 Philadelphia, Pa. (YC) – Philadelphia Police responded to a shooting at 1:13 p.m. Tuesday afternoon on the 1200 block of East Sanger Street after witnesses said they heard a verbal argument outside.

When police arrived, they noticed a woman suffering from four gunshot wounds.

According to police, after the victim fell to the ground, the offender stood over her and fired an additional shot into her.

The suspect fled on foot and was located on the 1300 block of East Haines St. in the Germantown section of Philadelphia.

When police approached the home, the suspect fired numerous shots at police and a tactical helicopter.

The suspect was found dead from a self inflicted gunshot wound following the barricade situation.