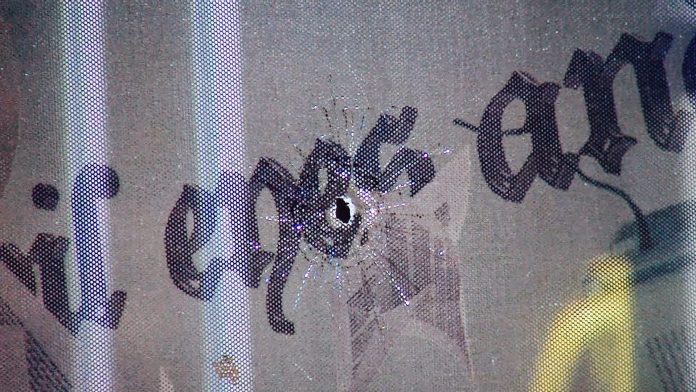 Chester, Brookhaven and Transit Police responded to Lowes on the 5000 block of Edgemont Ave for reports of a bus struck by gunfire.

Police confirmed that though nobody was injured the bus was struck by a gunshot.

According to Transit Police Chief Thomas J. Nestel, III, Rt. 117 bus, #8344, had been stopped at 22nd and Edgemont in Chester when gunfire could be heard nearby.

The operator immediately moved the bus from the area and then checked on the three passengers to ensure no one was hit when he discovered a bullet hold in a side window and a bullet fragment on the floor of the bus.

The incident is being investigated by Chester Police.