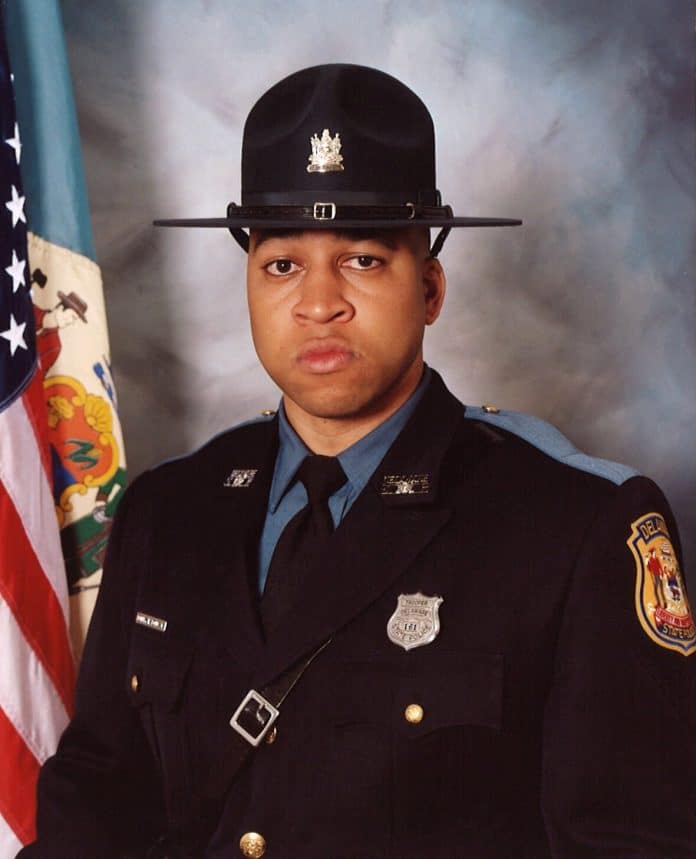 Middletown – It is with great sadness that the Delaware State Police announces the untimely death of a Trooper.

“It is with great sadness and a heavy heart that we announce the tragic loss of Sgt. Bond.  He was an outstanding Trooper and was committed to serving the citizens of Delaware with dignity and pride. He made all of us proud to be Delaware State Troopers,” said Superintendent Colonel Nathaniel McQueen Jr.

“As we mourn the loss of our fellow Trooper, we ask the community to keep his family and the members of the Delaware State Police in your thoughts and prayers.”

Sergeant Rodney H. Bond was hired on September 19, 2003 into the 74th Delaware State Police Recruit Class.  He began his career assigned to Troop 2 during his Field Training Officers’ Program, and upon completion, was permanently assigned there to the Uniformed Patrol.

On April 1, 2012 he was assigned to the Human Resources Recruiting Unit at Headquarters before transferring back to Troop 2 Uniformed Patrol on September 7, 2014.  Sgt. Bond was promoted to the rank of Sergeant on November 1, 2015 and was assigned to Troop 1 Patrol as the Shift Supervisor.

He was then transferred back to Troop 2 Criminal Investigations Unit and assigned as the School Resource Officer Supervisor on April 30, 2017.  Sgt. Bond was assigned to various part-time units within the division including, Trooper Recruiter, TAC (Trainer Advisor Counselor) at the Training Academy, and as a member of the State Police Honor Guard Unit of which he proudly and honorably served since May of 2006.