Distinguished Philadelphia Firefighter dies on the line of duty
D

An 11-year veteran of the Philadelphia Fire Department died in the line of duty after the interior of a home collapsed this morning, pinning him under debris, officials said.

Lt. Matt LeTourneau of Springfield, Delaware County was trapped for 30 minutes until firefighters were able to remove him, Philadelphia Fire Commissioner Adam Thiel said at a news conference.

“Our hearts are breaking,” Thiel said in a statement. “And we are without words.”

Philadelphia Fire Department announced the death of Lt. Matthew LeTourneau, 42, of Engine 45/Platoon A at a news conference outside of Temple University Hospital early Saturday afternoon.

Lt. LeTourneau succumbed to injuries suffered while fighting a fire on the 2200 block of N. Colorado Street. A civilian also died and two other firefighters were injured.

It is with deep sadness that the Philadelphia Fire Department announces the death of Lt. Matthew LeTourneau, 42, of Engine 45/Platoon A. Lt. LeTourneau succumbed to injuries suffered while fighting a fire on the 2200 block of N. Colorado Street on Saturday, Jan. 6. A civilian also died and two other firefighters were injured.

Companies had been dispatched to a rowhouse fire at 8:51 a.m. and arrived on scene three minutes later. While fighting the fire, there was a structural collapse and Lt. LeTourneau became pinned under debris. The cause of the fire remains under investigation.

Lt. LeTourneau was an 11-year veteran of the department. He had previously served at Engine 43 and Engine 57, and was promoted to lieutenant in 2015. He received a unit citation in 2010 and a letter of commendation for his service during the World Meeting of Families in 2015.

“I am deeply saddened to hear of the loss of Lt. Matthew LeTourneau. I am grateful for his outstanding service to our city during his 11-year career. It is always a tragedy to lose a first responder in the line of duty. Lt. LeTourneau sacrificed his life trying to save others. Our firefighters demonstrate tremendous acts of heroism every single day. I extend my sincerest condolences to his family. Please keep his loved ones in your thoughts and prayers during this very difficult time.”

To honor the memory of Lt. LeTourneau, all City of Philadelphia flags will be flown at half-staff for 30 days.

Lieutenant Matthew LeTourneau of the Philadelphia Fire Department died in the line of duty today fighting a residential house fire. Lieutenant LeTourneau also served as a volunteer firefighter with Springfield Volunteer Fire Company, Station 44. He was also employed at the Delaware County Emergency Services Training Center, where he was an instructor in firefighting science and Emergency Medical Services. We ask that you keep his family, friends and co-workers in your prayers and honor his sacrifice.

Lt. LeTourneau was a 1993 graduate of Cardinal O’Hara High School and held an associate’s degree in fire science from Delaware County Community College. He lived in Springfield and is survived by his mother, other relatives and friends. 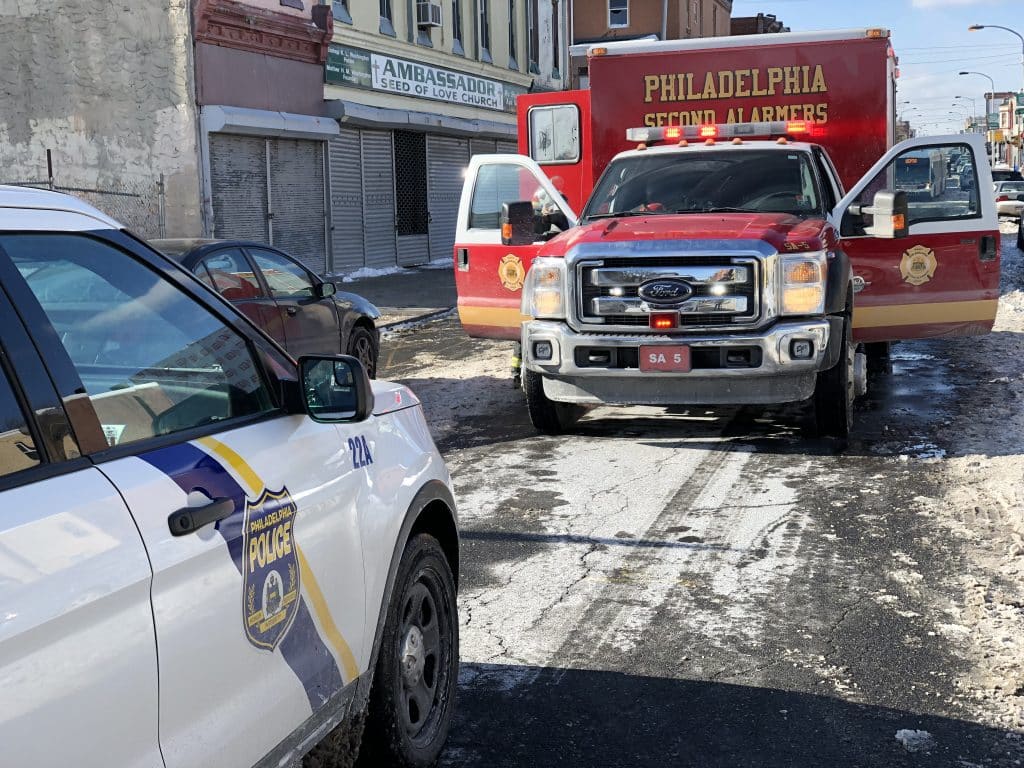