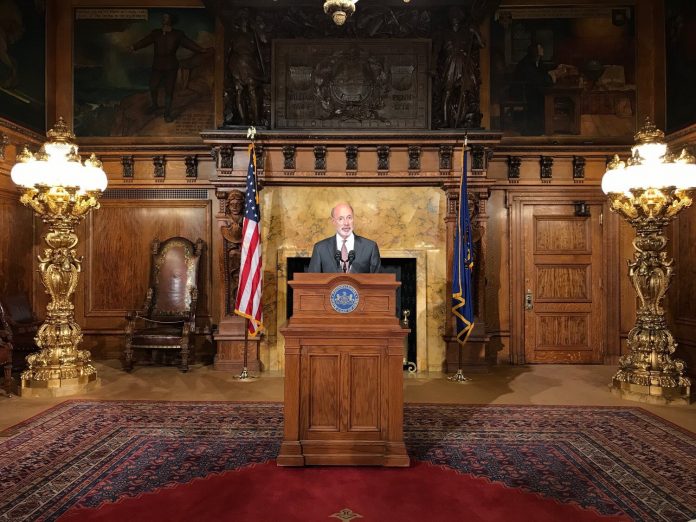 “We are mourning the tragic death of Lt. Matthew LeTourneau from injuries received battling a significant fire over the weekend,” Governor Wolf said. “I urge all Pennsylvanians to join me in keeping his family, his colleagues and all our first responders in your thoughts. His sacrifice for his fellow citizens will not be forgotten.”

Lieutenant Matt LeTourneau passed away on January 6th from injuries sustained while working in the line of duty.

The Commonwealth Flag shall be lowered from sunrise on Tuesday, January 9, 2018 through sunset Saturday, January 13, 2018. Pennsylvanians are encouraged to participate in this tribute.

The United States Flag should remain at full-staff during this tribute.