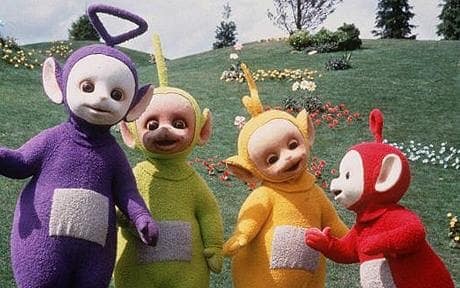 The father-of-three from Ampthill, Bedfordshire, died just four days after his 52nd birthday.

A trained ballet dancer and choreographer, the actor was reluctant to portray the character at first, but later called the Teletubbies “a bit like the Beatles or Take That of television.”

“I thought it was a bit of a risky move but it certainly paid off,” Barnes said at the time, adding how he received fan mail from children and parents.

Barnes’s son Henry posted a tribute on Facebook, writing: “I lost my lovely dad on Wednesday, he was the kindest and most gentle man I knew and I love him more than anything!

“I always used to be embarrassed as a child that he was a dancer and an actor but now I couldn’t be more proud! He is in a better place now and I know he wouldn’t want me to be sad, so I’m going to live my life the way he would want me to.”

The funeral will take place on the 7 February at the Bedford Crematorium. Family members have asked those attending to “wear bright colours” to remember Barnes.