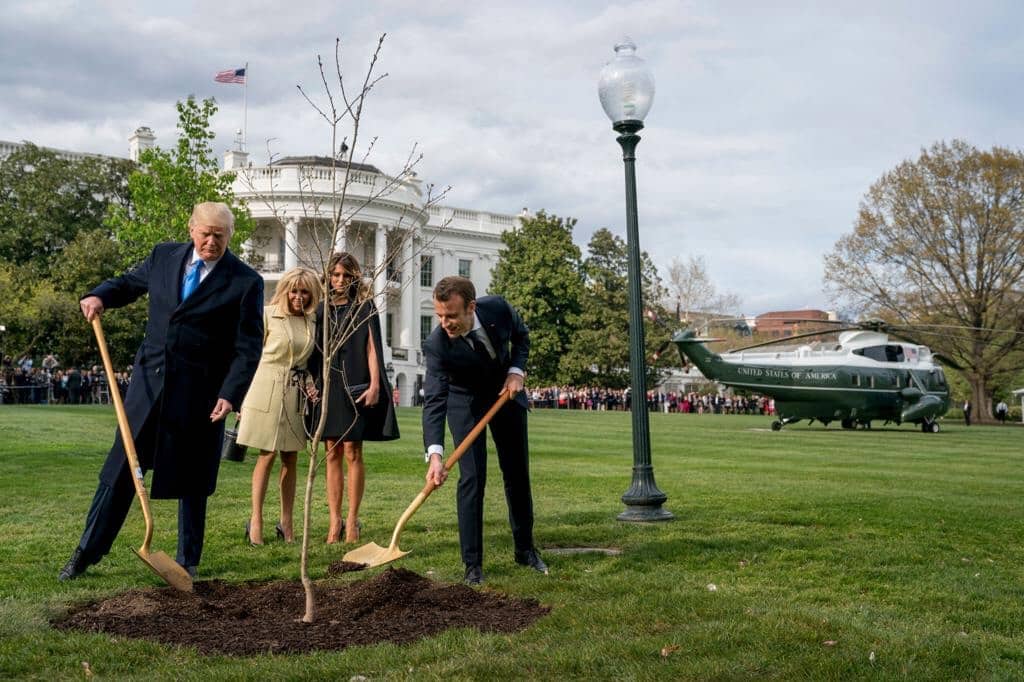 WASHINGTON (AP) — A mystery is brewing at the White House about what happened to the oak tree President Donald Trump and French President Emmanuel Macron planted there last week. 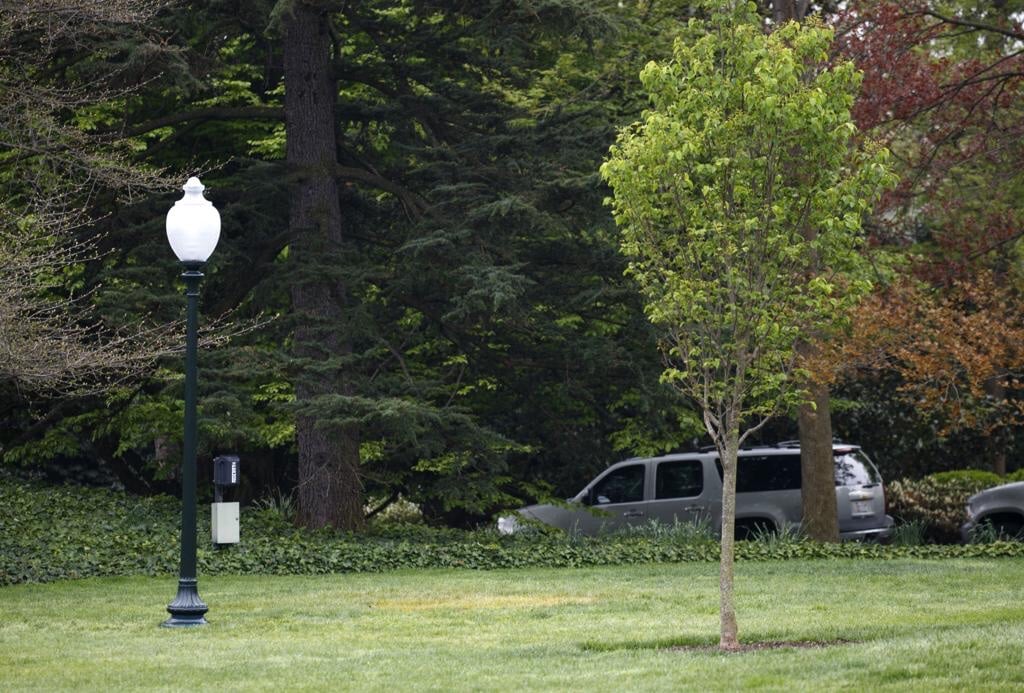 The sapling was a gift from Macron on the occasion of his state visit.
News photographers snapped away Monday when Trump and Macron shoveled dirt onto the tree during a ceremonial planting on the South Lawn. By the end of the week, the tree was gone from the lawn. A pale patch of grass was left in its place.
The White House hasn’t offered an explanation.
The oak sprouted at a World War I battle site that became part of U.S. Marine Corps legend.
About 2,000 U.S. troops died in the June 1918 Battle of Belleau Wood, fighting a German offensive.

President Joe Biden is risking no more pandemics—going as far as speaking to African officials over ebola.
Read more
FLORIDA

The NFL star was discovered by a housekeeper inside his room at the Homewood Suites hotel in Brandon, Florida.
Read more
PHILLY

Outlaw accepted an apology for thousands of outraged cops who were dubbed ‘corrupt’ and live on ‘coffee’ and ‘donuts.’
Read more