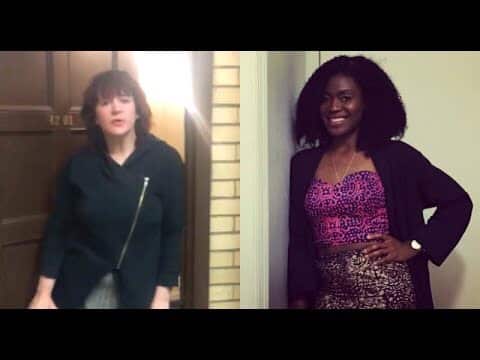 NEW HAVEN, Conn. (AP) — Yale University police officers who responded to a call about a black graduate student who had fallen asleep in the common area of a campus residence admonished the white student who reported it, a university administrator said Thursday.

The officers interviewed both students and then told the complaining student that the other woman had every right to be there, according to Yale Vice President for Student Life Kimberly Goff-Crews, who said she found the episode deeply troubling.

“This incident and others recently reported to me underscore that we have work to do to make Yale not only excellent but also inclusive,” Goff-Crews said in a statement.

The black student, Lolade Siyonbola, posted two videos of the encounter Monday night on social media showing police interviewing her for more than 15 minutes. She told police she had fallen asleep while working on a paper.

Siyonbola, who said in the videos that the same student had called police months earlier on a friend who had gotten lost in a stairwell of the building, said she saw the statement from Goff-Crews as “a move in the right direction.” She said requests for action by the university are currently being drafted by black graduate students.

Goff-Crews said administrators and the Yale police chief are planning listening sessions with students in the months ahead to address the episode. She said she also plans to work with administrators and students to review suggestions on how to improve the university’s response to incidents of discrimination and harassment.