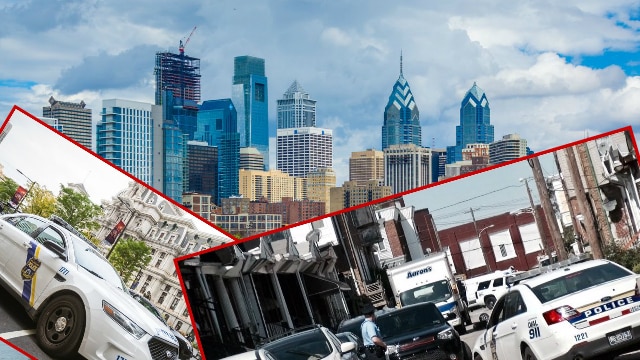 Following a bombshell yc.news revelation Wednesday regarding a potential serial killer lurking in the City of Philadelphia, police say there probably isn’t a serial killer.

According to Philadelphia Magazine – a spokesperson for the Philadelphia Police Department said that’s probably not the case, despite the bizarre discoveries this past week.

“I’m sure you’re seeing the thing on yc.news,” the spokesperson told reporters, adding there’s “no evidence” as of yet that the bodies discovered on Tuesday and Wednesday of this week are linked.

“It smelled like something I can’t even describe,” a frightened neighbor told yc.news. “The smell was distinct, strong and beyond nauseating.” The neighbor, who was on a business trip, says his wife stated she smelled it since Saturday.

According to police, a manager and housing police officer noticed a strong odor and saw maggots coming from a 2-foot-by-2-foot suitcase. Minutes later, they discovered the remains of an unidentified woman inside, completely dismembered.

Police tell yc.news they responded to the 1900 block of Mount Vernon Street after contractors located a second body wrapped in a tarp Wednesday morning in the Spring Garden section of Philadelphia.

Later that day Pennsylvania State Police responded to an off-ramp on Interstate 95 Wednesday afternoon after a dead body appeared, traumatizing drivers passing by on their commute.

After news broke Wednesday on yc.news following an expert opinion on the strange bodies being left for people to find, the article gained massive attention when it started trending on social media.

“You have three bodies, all of which were left for police to find.” A former federal agent who worked on infamous cases involving serial killers such as the Zodiak told yc.news. “When someone commits such a brutal murder, they don’t leave the body in clear sight unless they want to get recognition. Build a name. Get some sick reputation. That’s what people like this live off of. I’d bet my last dollar another body will appear.”