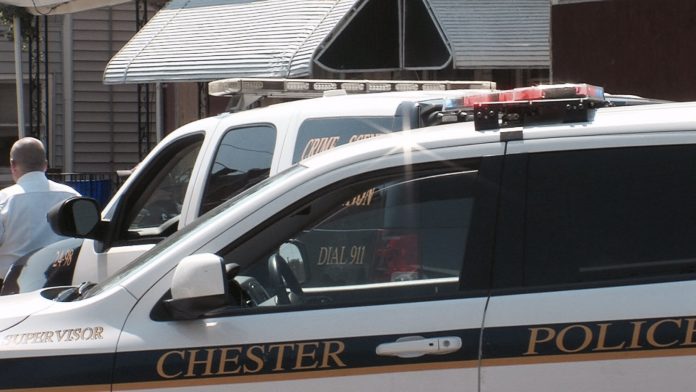 Police in Delaware County are on the hunt for a gunman responsible for murdering a man in broad daylight in Chester City.

Police tell us they responded to the 600 block of West 9th Street Thursday morning just after 9 a.m. for reports of a shooting.

When they arrived, they found a 48-year-old man wounded by gunfire. The victim was transported to Crozer-Chester Medical Center in serious condition but was pronounced dead shortly thereafter.

“Several individuals on scene were transported to police headquarters to be interviewed by investigative personnel,” Detective Joseph P. McFate of the Chester City Police Department told us. “The identity of the victim is being withheld pending notification of next of kin.”

Police ask anyone with information to contact Detective Michael Canfield at 610.447.7813 or Detective Daniel McFarland of the Delaware County Criminal Investigation Division at 610.891.4716.