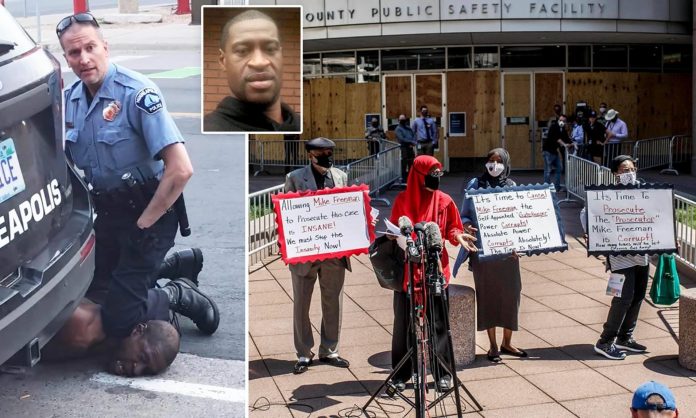 MINNEAPOLIS killer cop — Derek Chauvin — who executed George Floyd had his bail increased to $1.25M, as the fired officer made his first court appearance, Your Content can report.

In setting bail, Judge Denise Reilly acknowledged Assistant Attorney General Matthew Frank’s assertion that the case had prompted, ‘a strong reaction in the community to put it mildly.’

The disgraced killer cop’s defense attorney Eric Nelson raised no objections and agreed to make arrangements to have the firearm Chauvin admitted to having at his home removed should he post bail, siding with prosecutors.

Meanwhile two of the three officers who looked on as Floyd died moved with similar alacrity, to place all blame firmly on the 20-year-old veteran at their own first appearances last Thursday.

Bail for all three was set at $1 million. Thao’s attorney made little objection.