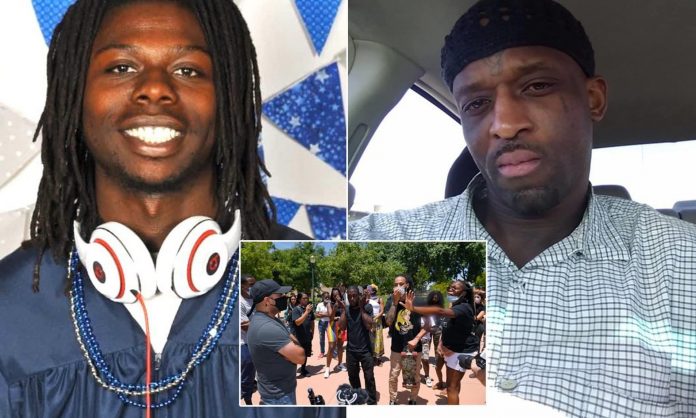 FBI AGENTS from the bureau’s civil rights division and the California attorney general’s office will be overseeing the Los Angeles County’s investigation into the death of a 24-year-old black man found hanging from a tree, Your Content has learned.

The revelation surfaced just as reports surface that another black man was found dead in a similar fashion in a nearby city just days earlier.

Robert Fuller, 24, of Antelope Valley, California, was found hanging from a tree with a rope around his neck outside Palmdale City Hall in Palmdale, California in the early morning hours of June 10.

The coroner’s office said Fuller’s death was initially reported as an apparent suicide, but that his cause of death was being deferred pending a full autopsy, which was completed June 12, and an investigation.

The new involvement of the FBI and the attorney general’s office in Fuller’s case was announced by Sheriff Alex Villanueva at a news conference Monday.

Villanueva said that the FBI ensured transparency in the investigation and ‘that we’ll leave no rock unturned,’ according to KTLA.

County medical examiner Dr. Jonathan Lucas, who was also at the news conference, added that: “Initially, there wasn’t any evidence or information that led us to believe that there was anything other than a suicide [but] we felt better that we should look a little more deeply and carefully just considering all the circumstances at play.”

Capt. Kent Wegener said that the tree Fuller had been found hanging from was “very easily climbable” and the rope had been secured by someone in the tree, not from the ground, the Los Angeles Times reported.

The Sheriff’s Department said that it will be conducting a forensic analysis of the rope – including the knot used – as well as looking into Fuller’s medical history, dating back to when he lived in Arizona and Nevada, before moving to California.

Although Fuller’s complete autopsy was completed on June 12, Dean noted that they were still waiting for toxicology reports to come in.

If Fuller had a “high level of a chemical that might have poisoned him or knocked him unconscious and allowed someone to drag him up there, it would give a new direction to the case,” Dean told the news website.

Fuller’s family has denied that he was suicidal, while hundreds of protesters had been out demanding justice for him, in addition to an independent investigation and autopsy.

Malcolm Harsch, 38, was found hanging from a tree near what’s been described as a a homeless encampment close to the Victorville City Library on May 31 at about 7am.

In a statement to Victor Valley News, Harsch’s family said that his cause of death hadn’t been released yet, but that they were “concerned that his death will be labeled as a suicide.”

“Amidst the current racial tension and following the protesting the night prior to his body being discovered we were truly troubled to learn of his passing particularly of how his body was discovered,” the statement read.

“He is an African-American man whose body was found hanging from a tree! The deputy who called to confirm his death asked questions about drug or alcohol use, he made a statement about how the coronavirus has ‘hit people really hard’ and said that a USB cord was used to hang himself.”

The family claimed they were told by witnesses that his 6’3″-long body was not even dangling from the tree when it was found and that there was blood on his shirt.

“The explanation of suicide does not seem plausible. There are many ways to die but considering the current racial tension, a black man hanging himself from a tree definitely doesn’t sit well with us right now. We want justice not comfortable excuses.”