Kanye Goes to Hospital After Apologizing to Kardashians, Ambulance Seen at House
K 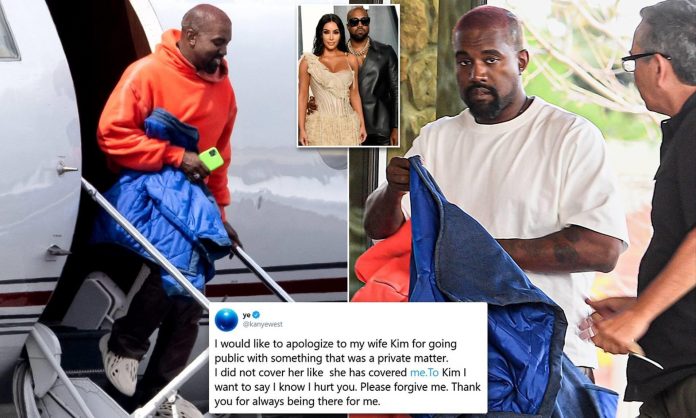 KANYE WEST was taken to a hospital nearby his ranch after apologizing to the Kardashian’s for his cruel comments, Your Content has learned.

According to TMZ, West went to the emergency room Saturday afternoon and shortly after he returned to his ranch.

The outlet also reports an ambulance arrived on his property shortly after he returned home.

The hospital visit was on his way back from a California trip where he didn’t see his wife but wore his wedding ring.

However, the ambulance left without Kanye, who was spotted on the ranch riding his motorcycle.

It comes as concerns have been mounting for rapper who is thought to be suffering a bipolar episode.

As Your Content readers know, Kanye tweeted an apology to Kim Saturday afternoon and thanked her ‘for always being there for me.’

This came after a series of Twitter outbursts leveled at his wife where he accused her of trying to ‘lock me up.’

He also said he has been ‘trying to get divorced’ from Kim ever since she met Meek Mill at a hotel.

Kim responded Wednesday saying she was ‘powerless’ and calling Kanye ‘brilliant but complicated.’

Kanye also reaffirmed his presidential ambitions Saturday saying he would beat Joe Biden in the election.