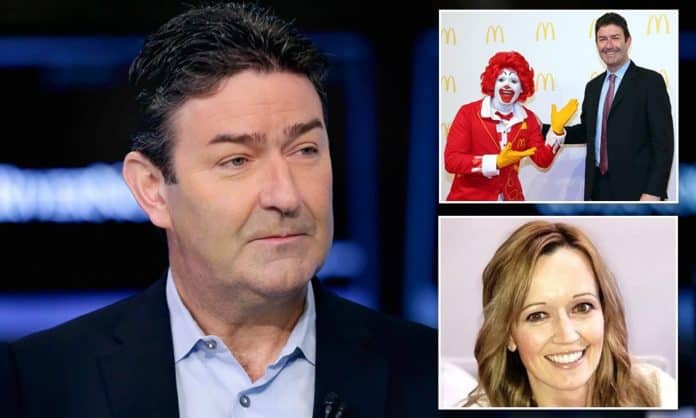 McDonald’s is suing its former British CEO Steve Easterbrook for $32 million over allegations he had affairs with four members of staff and had naked pictures of three of them, Your Content can has learned.

The 53-year-old was fired from his $16 million-a-year job in November last year after he admitted to having an inappropriate relationship with a female employee who he exchanged videos and text messages with.

In a lawsuit filed in Delaware on Monday, McDonald’s said it had found dozens of nude or sexually explicit photos of women, including the three employees, that Easterbrook sent to his personal email account from his company email account.

“That evidence consisted of dozens of nude, partially nude, or sexually explicit photographs and videos of various women, including photographs of these company employees, that Easterbrook had sent as attachments to messages from his company email account to his personal email account,” the lawsuit says.

It is claimed that he approved “an extraordinary stock grant, worth hundreds of thousands of dollars” for one of the employees while they were in a sexual relationship.

In legal documents filed yesterday with America’s Securities and Exchange Commission, McDonald’s is suing Easterbrook for the severance package he received reported to be worth $42 million.

In the complaint, McDonald’s said it reopened an investigation last month after receiving an anonymous tip that led to the discovery of sexual relationships between Easterbrook and three other employees in the year prior to his termination.

The board said it would not have signed a separation agreement had it known about his alleged conduct.

At the time of his exit, he said: “I engaged in a recent consensual relationship with an employee. This was a mistake.”