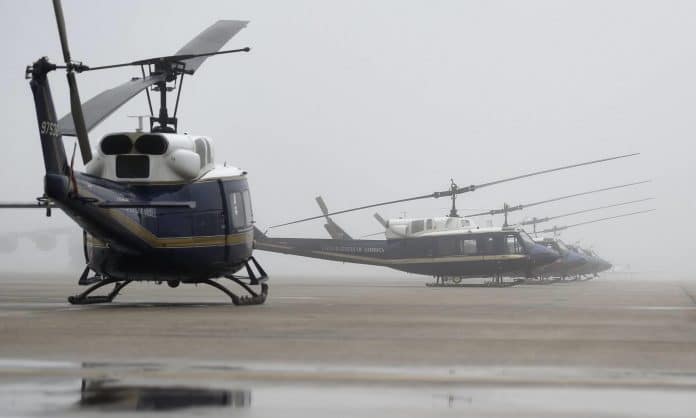 An Air Force helicopter was forced to make an emergency landing at a Virginia airport after someone reportedly shot it from the ground and injured a crew member, Your Content has learned.

The FBI on Wednesday confirmed it is investigating an incident involving a UH-1N Huey helicopter assigned to the 1st Helicopter Squadron at Joint Base Andrews in Maryland.

The military chopper had been conducting a routine training flight on Monday when it was shot and forced to make an emergency landing at Manassas Regional Airport in Virginia.

The FBI ‘dispatched Special Agents and its Evidence Response Team to Manassas Airport after receiving reports that a helicopter was shot at from the ground nearby,’ the bureau said in a statement to McClatchy DC.

One crew member was taken to the hospital to be treated for minor injuries and was later released, The FBI Washington Field Office said.