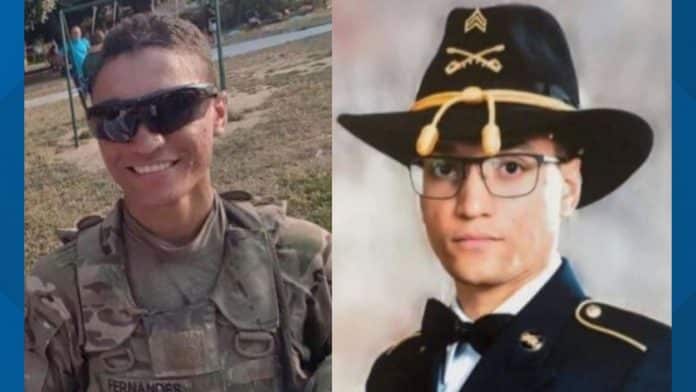 The body of a missing soldier is believed to have been found about 30 miles from Fort Hood, the Army base in Texas where he was stationed, police said Tuesday.

Identification found with the body in Temple, Texas, indicated the man may be missing Fort Hood soldier Sgt. Elder Fernandes, according to a statement from local police. Forensic confirmation was pending.

“Our thoughts and prayers are with the Fernandes family during this challenging time,” Temple Police Chief Shawn Reynolds said.

Natalie Khawam, an attorney representing the Fernandes family, said Army police told family members about the discovery late Tuesday night. She said the body was found hanging in a tree.