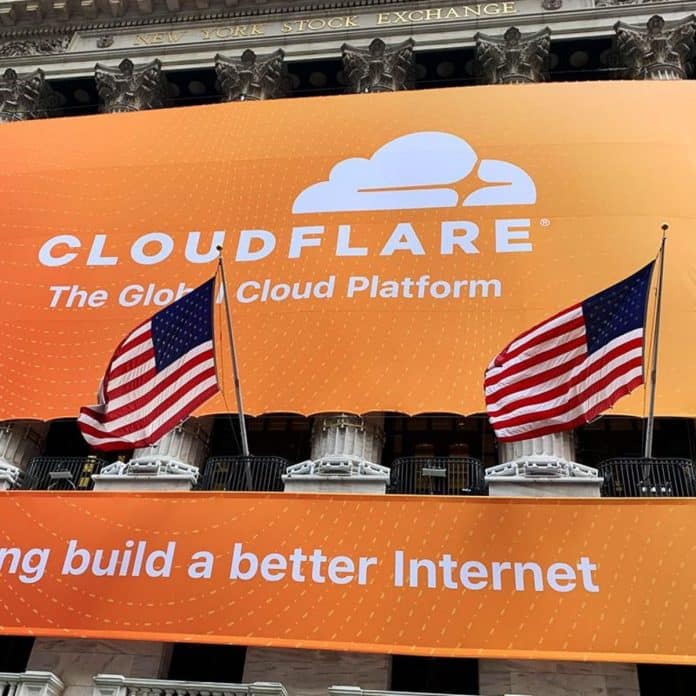 Cloudflare — an internet service that is supposed to keep websites up and running — went down, taking dozens of websites and online services along with it, Your Content is learning.

Website Down Detector, which tracks the status of websites, reveals a spike in outages across several sites and online services – including eBay, Twitter, Xbox Live and PlayStation Network.

On ThousandEyes.com, which tracks outages worldwide, a significant spike was reported shortly before midday, with affected regions including the United States, Brasil, Britain, France, and Japan.

Web performance and security giant Cloudflare reported that they were aware of, and investigating an issue which potentially impacted ‘multiple customers’.

They later posted an update saying: ‘We have identified an issue with a transit provider which is causing 5xx class HTTP errors, such as HTTP 522, 502, 503.

‘This is affecting all data centers that make use of this transit provider and we are working on implementing mitigations to alleviate this issue.’

Shortly before 2pm, Cloudflare posted: ‘We are continuing to engage with our partners, fixes are being implemented with other transit providers.’

This is a developing news story. Check back with Your Content throughout the day for an updated version.