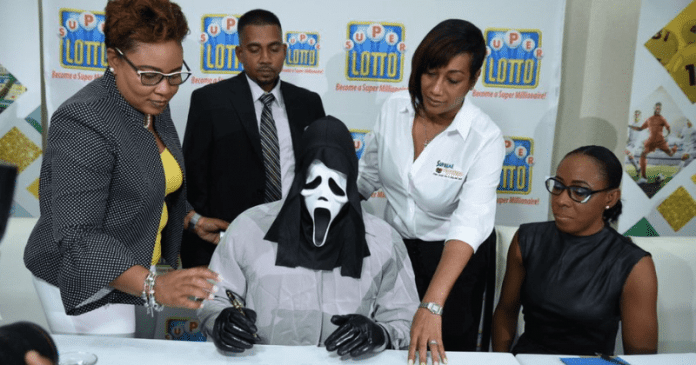 A Jamaican man won $1.2 million and bought a Scream mask to collect his winnings in effort to lay low from ‘fake friends’ and ‘fiends’ who are bound to hop out of the woodwork after his newly found riches, Your Content has learned.

Winning a million-dollar lottery is a dream a lot of us have. Most of us have imagined what would we do if we ever get a million dollars and how we could spend it.

But for a Jamaican man, his only concern was how to hide the fortune from nearby snakes.

What’s more, he wanted to hide his identity from his relatives so they don’t hound him for money.

Campbell patiently waited 54 days to collect his $158.4 million in Jamaican dollars ($1.2 million US) from the nation’s Super Lotto after he originally won the contest in November 2018, according to the Jamaican Star.