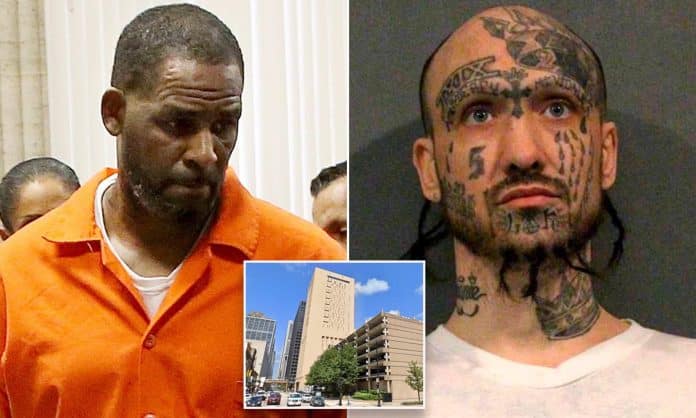 The court denied R. Kelly’s sixth appeal to be released from federal prison on bail while awaiting trial on sex abuse charges, just two weeks after he was attacked by an inmate, Your Content has learned.

Three judges in the US Court of Appeals for the Second Circuit handed down their decision on Tuesday, ruling that a lower court was justified in keeping Kelly locked up without bail at the Metropolitan Correctional Center in Chicago.

The panel affirmed the district court’s determination that Kelly poses a flight risk and that his release could endanger the community.

Kelly, 53, is currently awaiting trial on several dozen counts of state and federal sexual misconduct charges in Illinois, Minnesota and New York. He has appealed his detention without bond six times.

The latest appellate ruling came days after lawyers for Kelly filed a motion on Friday asking that the apparent gang member who violently ambushed him on August 26 be acquired for questioning under oath.

Kelly’s attorney, Michael I Leonard, charged that staff at the Bureau of Prisons facility even encouraged Farmer to attack his client.

Farmer, 39, is currently serving a life sentence at MCC Chicago for a racketeering conspiracy connected to a 1999 double homicide.

The two men were beaten with a small sledgehammer inside their business, Calumet Auto Rebuilders, and found with severe blunt force trauma wounds to the head.

Farmer – who has a ‘F**k the Feds’ tattoo on his face – revealed his identity as the assailant in a motion titled: ‘The Government Made Me Attack R-Kelly.’

Farmer said he was ‘forced’ to attack Kelly ‘in hopes of getting spotlight attention and world news notice to shed light on the government corruption,’ according to court documents obtained by The Chicago Tribune.

An incident report from the US Bureau of Prisons attached to Farmer’s filing said that he managed to separate from prison guards, enter Kelly’s cell as he slept and repeatedly stomped on his head.

Kelly remained on the bottom bunk during the incident and was only saved when security deployed pepper-spray at Farmer.

Attorneys indicated that Farmer’s questioning would include but not be limited to ‘the role that any MCC personnel played in that attack’.

‘It appears that MCC personnel simply followed Mr. Farmer, allowed him to carry out the attack, and then only intervened after Mr. Kelly had already sustained serious injuries,’ court documents stated.

Farmer also followed through with the attack ‘due to the most blatant corruption in Farmer’s case and being (on) lockdown for Robert Kelly protest’, lawyers said.

Earlier this year, a crowd of Kelly’s supporters gathered outside of MCC Chicago and prompted jail officials to put the building on lockdown.

The lockdown apparently upset other inmates and sparked tension.

‘Mr. Kelly was the victim of an unprovoked attack while incarcerated at the MCC because of who he is,’ Kelly’s attorney Thomas Farinella said.

‘It’s clear the Bureau of Prisons cannot adequately accommodate the need to keep him safe.’

The Chicago Tribune reports the incident between Farmer and Kelly was mentioned amid oral arguments on Friday in New York, where a legal team aimed to convince a judge that Kelly was not a danger and should be released pending trial.