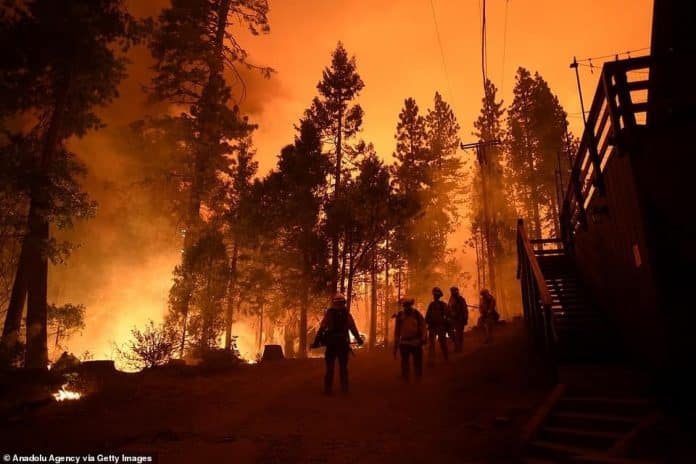 SALEM, Ore. (AP) — Nearly all of the dozens of people reported missing after a devastating blaze in southern Oregon have been accounted for, authorities said, as crews continued to battle wildfires that have killed at least 33 victims from California to Washington state.

The flames have destroyed neighborhoods, leaving a barren, gray landscape in their wake, driven tens of thousands of people from their homes and cast a shroud of smoke over the region.

The crisis has come amid the coronavirus outbreak, the economic downturn and nationwide racial unrest that has led to protests in Portland for more than 100 days.

“What’s next?” asked Danielle Oliver, who had to flee her home outside Portland. “You have the protests, coronavirus pandemic, now the wildfires. What else can go wrong?”

Late Saturday, the Jackson County Sheriff’s office said that four people had died in the wildfire that burned in the Ashland area. Authorities earlier this week said as many as 50 people could be missing from the blaze. But they said the number of people unaccounted for is now down to one.