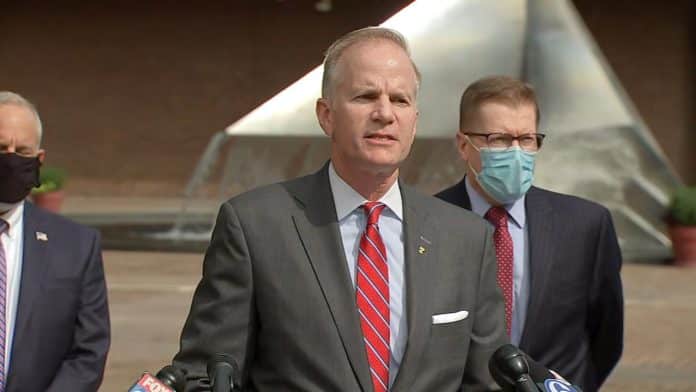 A Pennsylvania pedophile pastor was sentenced to 200 years imprisonment Thursday for his gruesome crimes that included raping an infant, Your Content has learned.

The charges arose from the pedophile pastor’s sexual exploitation of the girl over a period of years, his photographing and videotaping of this sexual abuse, and his collection of more than 10,000 images of child pornography involving thousands of other children on four different hard drives found in his home.

According to court documents, the collection included disturbing images of prepubescent children being raped by adult males, forced oral sex on babies and young girls by adult men and women, and insertion of objects into children – many of which show children crying and clearly in pain.

Prosecutors explained that the charges were based on a video that the 71-year-old monster made in 2010 that depicts an infant under six months of age being coaxed to suck on adult male genitalia. In the video, Zweitzig’s voice can be heard repeatedly saying: “that’s a good boy.”

“The level of depravity in these cases leaves me almost speechless,” said U.S. Attorney McSwain. “I will simply say this: today’s sentence ensures that Zweitzig will die in prison, which is probably a better fate than what he deserves.”

“Safeguarding children from being victimized by predators is a top priority for Homeland Security Investigations,” said Brian A. Michael, Special Agent in Charge of Homeland Security Investigations Philadelphia. “Mr. Zweitzig’s behavior is deplorable, and the exploitation of children is inexcusable. HSI special agents and our law enforcement partners will relentlessly pursue child predators, in every form, and ensure those who commit these atrocious crimes are brought to justice.”

This case was brought as part of Project Safe Childhood, a nationwide initiative to combat the growing epidemic of child sexual exploitation and abuse launched in May 2006 by the Department of Justice. Led by United States Attorneys’ Offices and the Criminal Division’s Child Exploitation and Obscenity Section (“CEOS”), Project Safe Childhood marshals federal, state, and local resources to better locate, apprehend, and prosecute individuals who exploit children via the Internet, as well as to identify and rescue victims. For more information about Project Safe Childhood, visit their website by clicking here.

The case was investigated by the Department of Homeland Security, Homeland Security Investigations, the Horsham Police Department, and the Montgomery County District Attorney’s Office. It is being prosecuted by Assistant United States Attorney Eric L. Gibson.