All Cop Are BASTARDS, According to Meadville Dunkin’ Donuts Who Allows Anti-Police Facemasks for Staff
A 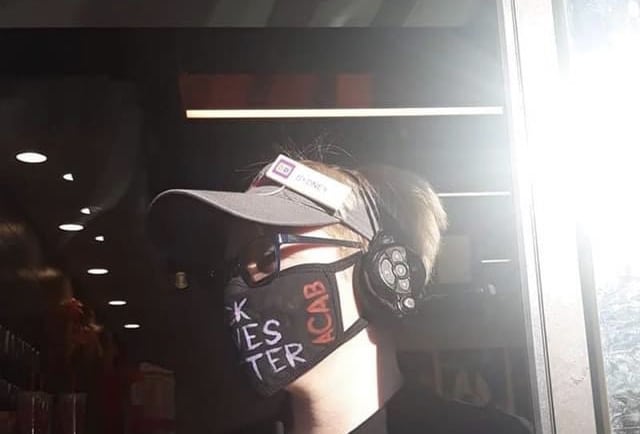 Dunkin’ Donuts has allowed anti-police groupies to publicly show their hatred towards police officers by wearing masks that have a slang term that stands for ‘all police are bastards,’ Your Content has learned.

“Someone that knows some area police officers make sure they see this,” said a customer on their Facebook page before the coffee shop removed the damning post.

The shop is located on 18184 Conneaut Lake Road in Meadville, Pennsylvania.

“I wouldn’t want them to get a tainted coffee. Sydney was real proud of her mask and assured me that her manager approves.

“I gave the manager a chance to avoid this going public by removing the mask and they refused and only said ‘I’ll talk to her later.’”

Your Content called the Dunkin’ store in question and was hung up on when inquiring about the masks.

So Your Content visited the store only to witness the same situation as described in the comments.

Your Content was asked to leave the store for not purchasing coffee from the hateful gal, who was still rocking the ‘All Cops Are Bastards’ facemask.