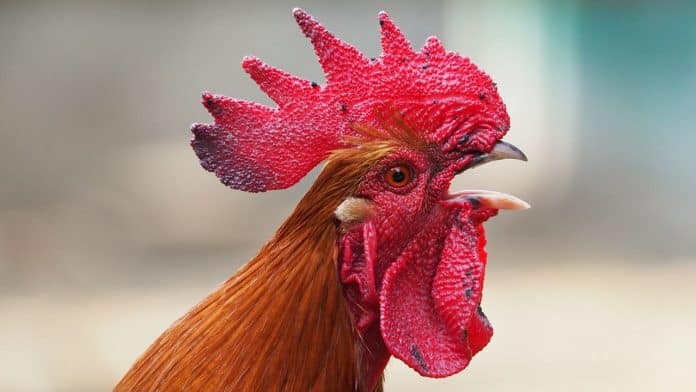 A police officer was brutally killed by a rooster as the man journeyed to break up an illegal cock fight, Your Content can tragically report.

CNN reports that Lieutenant Christian Bolok was hit by a metal blade attached to one of the roosters for the fight, striking his femoral artery as he was confiscating it. “He was rushed to the provincial hospital but was pronounced dead on arrival due to heavy blood loss,” the local police department said.

While there’s an extensive history of cockfighting in the Philippines, the sport was banned in August when cockfights had reportedly contributed to the rise of COVID-19 infections. Prior to the ban, cockfighting was permitted at licensed venues on Sundays and certain national holidays.

“I have a heavy heart as we have lost a brother who sacrificed his own life in the name of service,” said Northern Samar police provincial director Arnel Apud, reports the government-run news agency. “The (Philippine National Police) grieves the untimely death of Lt. Bolok and extends its deepest sympathy to his family and relatives.”

“He was trying to confiscate the roosters but the problem was the rooster’s blade may have been laced with poison,” Ongchuan told the Associated Press.

“I could not believe it when it was first reported to me. This is the first time in my 25 years as a policeman that I lost a man due to a fighting cock’s spur.”

Three people were arrested and two fighting cocks seized along with two sets of spurs in the raid in San Jose town where Bolok was the police chief, Apud added.