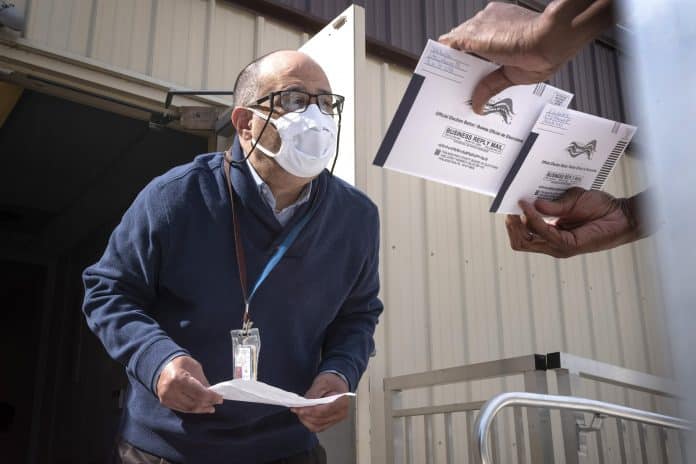 The United States is bracing for what could be the most important election in modern history—and Your Content is learning residents in Philadelphia simply cannot confirm nor deny their vote made it to the right place.

Thousands of outraged Philadelphians took to social media to voice their anger over the situation.

“I’ve been calling Philly’s voter registration office for a week to check the status of my absentee ballot (I can’t track it online) and it just rings and rings, not feeling super great about this!” Lauren Evans wrote.

“It may have felt strange to the person but I got my ballot and literally drove to the supervisor of elections office drop off location and took photos of myself handing off my ballot and the person putting my ballot in the box.” Marcus Afzali replied.

Jason Lamarre wrote: “21 days after bringing my mail-in ballot to city hall the ballot tracker shows no ‘Ballot Received’ date and status is still ‘pending.’ Can you share an update on the scanning progress?”

“Should I do anything to be sure my vote is counted?” Lamarre continued.

Philly native Dan Abromovitz chimed in to inform the commission that his ballot has been missing for two weeks.

“Your satellite on Broad & Washington in Philly has had our ballots for 2+ weeks!! Online Ballot Tracking still has us as pending while people we know that mailed have a vote recorded status. Abromovitz declared. “311 has been useless.”

A fifth resident scolded officials after being ignored over a month.

“Sent in request on Sept 22nd. It was processed and the mail-in ballot was apparently sent on Oct 13th. Yet, I know someone who has not received the ballot yet. And, it is Oct 28th now. What is going on with Philadelphia mail-in ballots?”