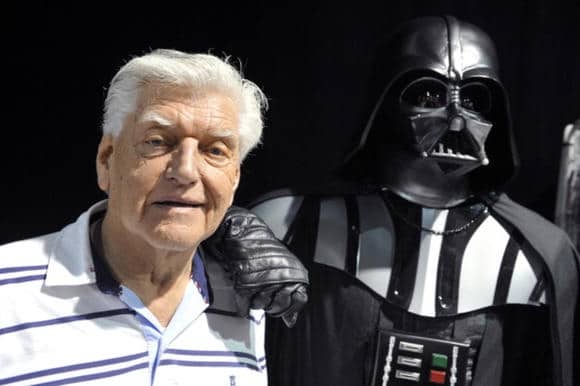 David Prowse, the hulking British actor who gave menacing physicality to Darth Vader in the original Star Wars trilogy, has died at the age of 85, Your Content can tragically confirm.

Prowse died following a short illness Saturday, his agent confirmed to the BBC. “It’s with great regret and heart-wrenching sadness for us and million of fans around the world, to announce that our client Dave Browse M.B.E. has passed away at the age of 85,” Bowington Management later tweeted. Prowse’s official website added, “It has been an absolute pleasure working with this wonderful man over the years. He truly was a gentle giant, and one of the kindest celebrities you could ever meet.”

“So sad to hear David Prowse has passed,” Mark Hamill, who portrayed Luke Skywalker in the films, tweeted. “He was a kind man & much more than Darth Vader. Actor-Husband-Father-Member of the Order of the British Empire-3 time British Weightlifting Champion & Safety Icon the Green Cross Code Man. He loved his fans as much as they loved him.”

C-3PO actor Anthony Daniels wrote, “Dave has gone. I don’t think 3PO ever faced Vader’s mighty presence on set, other than as a bag of bits on [Chewbacca’s] shoulders in the carbon freezer. But Dave’s iconic figure dominated the finished film in ’77 and has done so ever since. And will continue to do so.”