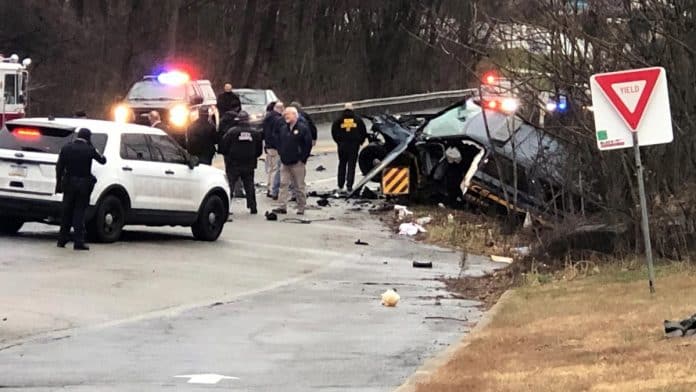 A deranged Delaware County fugitive darted into an unoccupied police cruiser as officers were investigating a domestic dispute, Your Content has learned.

What’s more, a woman was seriously hurt in the violent crash that ensued Thursday evening.

The crash happened on Conchester Highway near Cherry Tree Road before 3 p.m. The chain of events leading up to it started when a police officer from Upper Chichester Township in Delaware County responded to a domestic disturbance call at a gas station near the crash scene, NBC10 reports.

“It was weird. It was crazy,” Brey Dalton, who works at the Exxon on 2400 block of Market Street and witnessed the crash, told Action News.

Police say they were responding to a report of disorderly conduct.