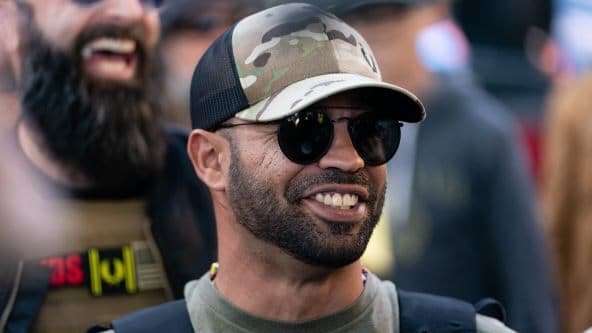 A judge in D.C. Superior Court ordered that Proud Boys leader Enrique Tarrio be released on his own recognizance and barred from D.C., Your Content has learned.

Tarrio was ordered to stay away from D.C., except for his trial, according to officials. Tarrio was arrested in D.C. Monday night and charged with destruction of property for allegedly destroying Black Lives Matter signs at a protest in December, according to DC Police.

“MPD members arrested 36-year-old Henry “Enrique” Tarrio, of Miami, FL,” DC Police said in a statement. “He was charged with Destruction of Property related to an offense that occurred on Saturday, Dec. 12, 2020 in the 900 block of 11th Street, Northwest.”