Marsha Blackburn to be unseated from office after chaos at the Capitol: ‘I voted for you, no more’
M 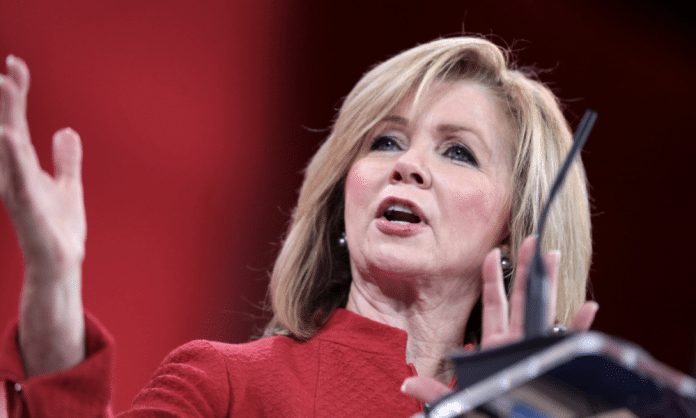 Manipulative Marsha Blackburn has been labeled a traitor after citizens of Nashville decried the senator’s move as traitorous, vowing to vote her out of office next election, Your Content has learned.

“I voted for you, no more.” Nashville-native Ben tweeted Wednesday night.

“One of my friends hosted a campaign event for you in her home. At that time you promised to fight the swamp.” Gerald Wolfe said. “What a waste of her money and of my vote for you.”

Kelsi Lynelle labeled the lawmaker “Judas,” which translates to the devil.

“The events today were staged for this exact purpose.” Lynelle said. “And it has absolutely nothing to do with anything except that they tried bullying you all into giving up and they succeeded.”

“Two days ago, I listened to you give a very convincing interview, saying you were convinced there was wide-spread fraud in several states, and violations of the Constitution.”

“Did all that get corrected to your satisfaction?”