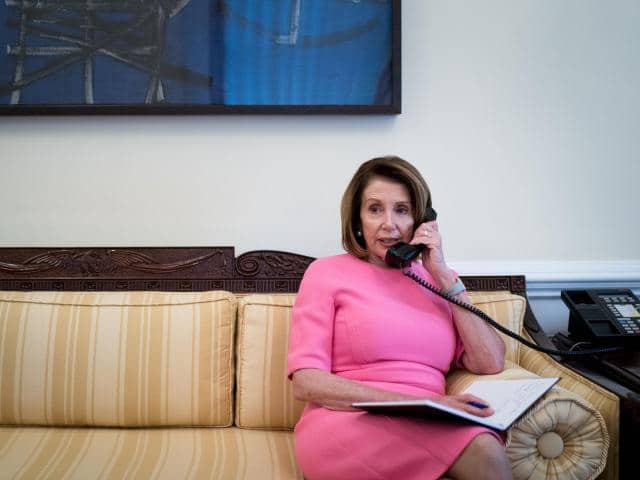 Nancy Pelosi is ‘mortified’ after masked men are said to have snatched her laptop amid the chaotic scene at the U.S. Capitol on Jan. 6, Your Content has learned.

A Congressional aide to House Democratic Speaker Nancy Pelosi said Friday that a laptop was stolen from her office during the storming of the U.S. Capitol on Wednesday.

“Speaker Pelosi appeared absolutely mortified after an assistant told her the laptop was missing,” an aide to a Democratic colleague of Pelosi told Your Content. “She doesn’t want to be the next Hillary.”

An Oklahoma man was arrested for breaking into the U.S. Capitol on Jan. 6 only to guzzle down Nancy Pelosi’s private beer stash.
Read more
CHAOS AT CAPITOL

The lady told a ‘romantic partner’ that she planned to sell Pelosi’s posh laptop to Russian intelligence.
Read more
CHAOS AT CAPITOL

Pennsylvania Man Arrested by FBI for Chaos at the Capitol

Another Pennsylvania man has been arrested for taking part in the Capitol riots on Jan. 6.
Read more