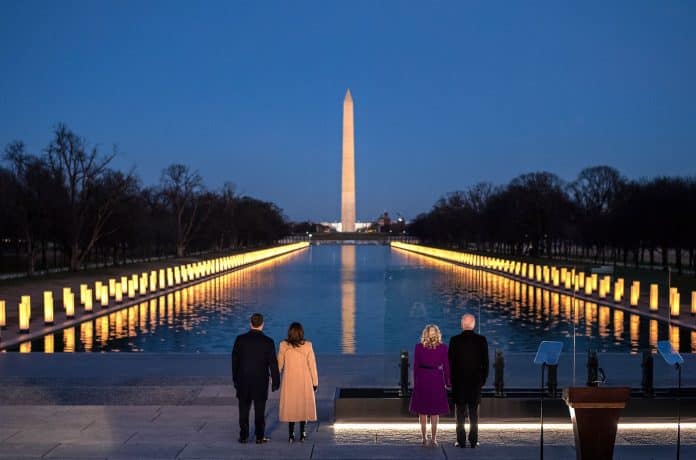 Staff at the White House are scrambling around the mammoth home in effort to prepare it for President-elect Joe Biden and the First Family—and Your Content has exclusively learned ‘staff are in utter shock.’

“This is the first time in history where the White House didn’t prepare for an incoming president. The stragglers of President Trump’s immediate staff are making it hard to prepare the building,” an outgoing White House staffer told Your Content. “Some staff members are staying back just to watch this thing unfold. We’re in limbo for the next hour or so.”

“At this rate the residence won’t be ready in time for President Joe Biden—were still in the sanitization stages.”

“There are also some really quirky design additions too like a Barney the Dinosaur clock and an outdoor dog shower. We also added a bar area in the back room, which has been brilliant during transition.”

What’s more, the president carries with him at all times a plastic card, known as ‘the biscuit,’ which contains codes that identify the president, who is the only person authorized to launch nuclear weapons.

The Constitution gives President Trump control of nuclear attacks until the very second that Biden is sworn in.

Trump’s ‘biscuit’ will be deactivated at noon, and Biden’s come in to force.

The aide with the 45-pound briefcase containing the nuclear football will then leave Florida and fly back to Washington DC.