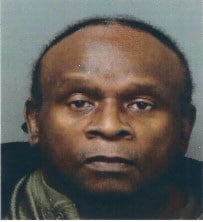 A pedophile from the city of Chester has been arrested and charged for his disgusting crimes against children, Your Content has learned.

District Attorney Jack Stollsteimer announced today that Ivan Jackson-Freeman, 66, of Chester, has been charged with Involuntary Deviate Sexual Intercourse with a Child, Sexual Abuse of a Child, Corruption of Minors, Child Pornography, and related charges, all felonies, involving a 14 year-old male victim.

“It is a sad but true fact that the incidence of child abuse and exploitation has never been higher. Just last week the Child Abuse and Exploitation Task Force announced an arrest in a case involving the rape of a child by a family friend. The case we announce today involves a young man and a trusted family member. In each case, a child’s trust was unconscionably abused,” said DA Stollsteimer.

He continued, “As a result of the pandemic, and the absence of in-person classes and after-school activities, we have fewer trusted eyes on our children. It has never been more important for members of the community to serve as our eyes and ears. If you see something, say something.”

The investigation was initiated by Officer Jose Alvarez of the Chester Police Department and Detective Mark Bucci of the Criminal Investigation Division, both members of the DA’s Child Abuse and Exploitation Task Force. The victim was interviewed in December 2020 at the Delaware County Child Advocacy Center.

The victim reported that the crimes had been committed at the defendant’s home in Chester, and involved repeated instances of oral sex and fondling. In addition, the defendant took pictures of the victim’s genitals, and showed the victim pornography.

In addition, the digital evidence revealed that the defendant had set up cameras in the bathroom of the residence in order to surreptitiously capture images of people using the facilities. In reviewing the photographic evidence, detectives were able to confirm that images of the victim were included on the defendant’s devices.

“I created the Child Abuse and Exploitation Task Force precisely because of cases such as this one. Their specialized resources and training help my office successfully prosecute these heartbreaking cases. We are all incredibly grateful to every member of the Task Force for their commitment to dealing with the challenges presented by this difficult work. I particularly want to thank Task Force members Officer Alvarez and Detective Bucci, and Assistant District Attorney Chris Boggs, Chief of the Special Victims Unit, for their work on this case. I also want to express our deep appreciation to the staff of the Child Advocacy Center,” said Stollsteimer.

A preliminary hearing is scheduled for February 1, 2021.