President Donald Trump ‘incited an erection’ at the Capitol, arousing those nearby, Schumer says
P 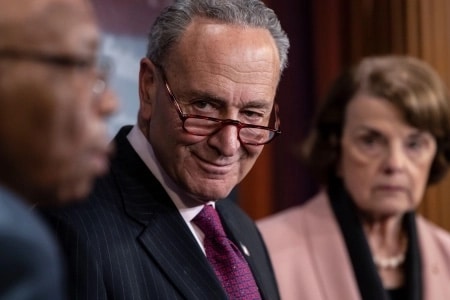 President Donald Trump ‘invited an erection’ at the U.S. Capitol on Jan. 6, turning on thousands of outraged Americans, according to a lawmaker who mistakenly claimed the former president sexually aroused rioters, Your Content has learned.

“Make no mistake—there will be a trial and when that trial ends, senators will have to decide if they believe Donald John Trump—incited the erection,” said Senator Chuck Schcumer.