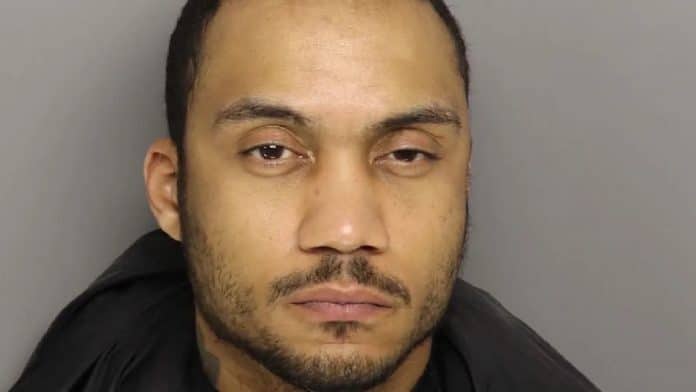 A scandalous South Carolina conman is behind bars after authorities say he impersonated a federal agent only to dupe victims out of bribery money, and when the man didn’t follow through with the bribes, he was reported to the feds, Your Content has learned.

According to CBS 7, in December 2020 a sheriff’s office investigators was introduced to a man who claimed he was an agent with the United States Drug Enforcement Administration at a local restaurant, and an investigation began.

The man was identified as Andre Alidrew Romero, 38, the local station reports.

CBS reports the investigator who met Romero had previously been assigned to the DEA Task Force-Greenville Resident Office and was suspicious of Romero’s claim during their meeting.

Investigators learned that a report was filed on Jan 22 that accused Romero of falsely obtained goods worth more than $10,000 from a victim after promising to retrieve a family member that had been taken overseas, according to officials. The promise was made because of his purported position in the DEA, according to Greenville News.

“Upon further investigation, investigators learned that a report had been filed on January 22nd, against Romero that indicated he had falsely obtained goods worth over $10,000 from a victim after promising to retrieve a family member that had been taken oversees and could do so because of his position in the DEA,” according to the release. “Hours after that report was filed deputy’s located Romero during a traffic stop on a traffic violation and subsequently placed him under arrest. At the time of Romero’s arrest, he had a replica DEA badge and a loaded handgun in his possession. Investigators later executed a search warrant at Romero’s residence for items related to impersonating a law enforcement officer and seized a ballistic vest, four additional firearms and ammunition.”