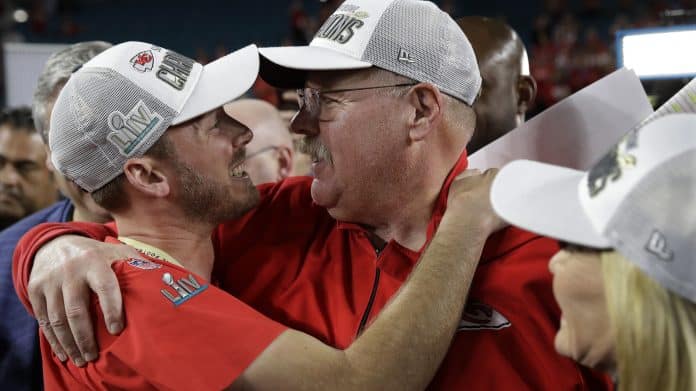 Britt Reid, the son of Kansas City Chiefs coach Andy Reid and the team’s outside linebackers coach, was involved in a car crash Thursday that reportedly resulted in serious injuries.

The Chiefs confirmed Friday that Britt Reid was in a crash and said the organization was “in the process of gathering more information” and would have no further comment on the issue.

Reid, 35, was under investigation for driving impaired in Kansas City, Mo. after police say he was involved in a multi-car crash near Arrowhead Stadium, FOX4 KC reported. The station obtained police documents that match the details of the crash. The documents say that Reid told police he was driving a pickup truck involved in the crash and told an officer he had between two and three drinks and was on a prescription for Adderall. The station reported that no names were identified in the police report.