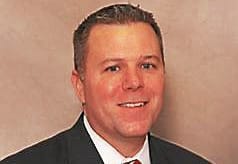 DETERMINED to keep their fortune—a former member of the disgraced Delaware County Council is trying to pry his way back into the political realm to salvage the party patriarch’s 150 plus year reign, Your Content has learned.

Just two years ago, Michael Culp served on the scandal-scarred County Council overseeing lucrative private prison contracts with his former colleagues; but now, the questionable political player has his eyes set on a judgeship in Springfield Township.

On Jan. 5, 2016, a trio of council candidates were sworn in for their first and last terms. Colleen P. Morrone, John P. McBlain and Michael F. Culp – were sworn in to begin four-year terms on Council at an Induction Ceremony Jan. 4, along with District Attorney John J. Whelan, Chaddsford Live reported.

Shifting voter-registration numbers and an unprecedented three-seat vacancy on the county’s ruling board have set the stage for the election on Nov. 5, 2019, that had larger implications on the politics of a swing state that was pivotal to Donald Trump’s election as president, reported the Philadelphia Inquirer.

Elected officials at all levels lost reelection, resigned, or retired after receiving campaign donations from GEO Group. Several officeholders went on to assume executive roles at the private prison conglomerate. The numbers speak for themselves: 35 Republicans swept in 2020; 75 in 2018; 11 in 2017; and 33 in 2016.

Since its beginning—GEO Group pitched 344 office holders from their tenure—not including eleven others who modestly withdrew from the race.

It was 2016 when Your Content received a news tip about a ‘political prison plague’ that put the private prison industry on our radar.

The tipster—who lived in Texas—warned Your Content that ‘candidates in public office’ selected by the Delaware County Republican Party would soon ‘resign or be forced out,’ citing a similar political climate in Tarrant County.

“I am writing to you from Tarrant County. I know you don’t cover stories in this part of the country, but it could be something tied to your area too.” the tipster wrote in the Oct. 12, 2016 e-mail which was titled ‘Corrections Campaign Coup.’

“I’m a faithful, lifelong Republican—and the textbook definition of a small-town Texan. I learned something dear: candidates who are backed by any GEO-funded Republican chapter won’t win an election, period.”

According to the informant, the Tarrant County Republican Party dropped the bomb on all elections post-GEO Group funding.

“They are the political prison plague,” the tipster continued. “They aren’t Democrats or Republicans. Those people are their own kind who fund whichever party has the most turnout or potential in the region.

The tipster suggested a looming upsurge of new candidates ‘had the potential to flip’ the unwavering Republican stronghold Tarrant County in time for the next election cycle.

And as Shakespeare would have it: Tarrant County flipped in 2020, selecting former VP Joe Biden over President Donald Trump.

And the Texan-tipster predicted the outlandish political uproar which he previously blamed the private prison executives for, claiming the instruct party leaders to ‘throw candidates’ to the ‘wolves.’

“In counties with GEO in their backyard—candidates are thrown to the wolves by party leaders and strained to win the election without the help of our party leaders,” the 2016 e-mail continues.

“The party put up some odd candidates—many we never heard of—and pumped more money into them than any election I’ve seen in my 60 plus years.

“Even Hillary Clinton cut ties with them. There’s a stain of bloodshed in every town they invade.”

GEO Group set up shop at Robert A. Deyton Detention Facility on Jan. 9, 2008—after receiving a lucrative award under the Bush Administration to operate the federal detention center.

McGarrigle knew Pileggi intended to ditch the senate in coming months to seek a county judgeship—similar to Platts’ move the year before—which entails a ten-year term, according to a well-placed source who worked on the campaign trail.

Impact Strategies received over $50,000 from McGarrigle in 2014 and 2018. According to state records, in total the firm raked in over $310,000 from a handful of Delaware County-based Republicans.

Another formation which deals solely with Republicans out of Delaware County received $39,176 from a fund dubbed Committee for Delaware County’s Future.

Similarly, Chambers Group received in excess of $170K from their sole Republican clientele, all based in Delaware County.

Additional trusts, such as Delaware Co Rep Fin Com 7900243 moved over $1.5 million since 2017, all to Delaware County-based Republicans with ties to the private prison.

In an unsettling finding during the investigation, a double dipping Delaware County lobbyist employed by GEO Group for at-least two election cycles in 2018 and 2019—while serving as a township solicitor—was a partner at the law firm that denied Right to Know Law Requests pertaining to the private prison when asked by Your Content.

John J. McNichol, 58, who goes by ‘McLobbyist,’ received a lucrative salary to lobby on behalf of GEO, despite his brother, Paul McNichol, being a township solicitor within the county which the prison operates.

When Your Content filed requests for e-mails pertaining to the situation nearly two years ago, our editors were immediately denied access by attorneys at McNichol, Byrne & Matlawski—which also features partner James J. Byrne, who happens to be related to the local jail’s warden, David Byrne.

The request was granted in part—excluding emails with the terms ‘generous’, ‘donor’, ‘election’, ‘campaign’, ‘pissed’, and ‘favor’.

“The Request does not describe the sufficient specificity the records being requested and as such the Department denies the request.” the Jun. 21, 2019 denial letter reads.

“Additionally, the Request does not enable the Department to determine whether the requested items are ‘public records’ as defined by the Right to Know Act and as such the request is denied.”

The request also sought e-mails between characters heavily involved with the private prison and their brethren.

Those requests were also rejected.

During Culp’s short stint as a councilman, he says a lawsuit against opioid manufacturers that is playing out in Ohio federal courts was the highlight of his career.

“That was one of the things I was most proud of – to get out in front of that and to be at the forefront,” Culp told the Daily Times. “Unfortunately, we’re not going to be on council to see that come to fruition … Hopefully, we’re successful and that money can go towards helping the residents of Delaware County at least make a dent in the scourge.”

As Your Content previously reported on May 23, 2020, members of Delaware County Council devised a scheme to funnel over $200 million of taxpayer funds to an illegal trust formed with no public accountability or oversight, using the funds for their own enjoyment, court documents revealed.

“He’s a Democrat Trojan Horse coming to storm the courthouse to finish what he started,” a resident told Your Content, asking to be identified by her first name, Marianne.

“Anywhere you see Michael Culp, Dave White, McGarrigle, you know someone’s up to no good.”