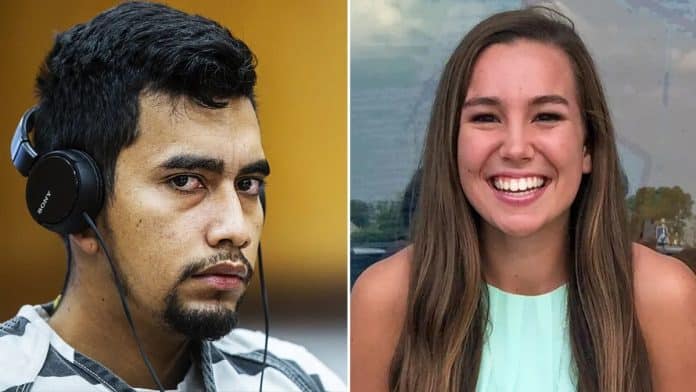 The man on trial for the 2018 murder of Mollie Tibbetts testified for the first time in an Iowa courtroom on Wednesday, Your Content has learned.

In a surprise move, Cristhian Bahena Rivera answered questions through a translator from his defense attorney Jennifer Frese in Scott County District Court.

Bahema Rivera testified in his own defense in a Davenport, Iowa, courtroom and detailed the never-before-heard scenario of the 2018 slaying that sent shockwaves across the nation.

The suspected murderer testified that on July 18, 2018, the day Tibbetts went missing, he emerged from taking a shower at the trailer where he lived and found two strangers in his living room, ABC News reported.

“They were both wearing sweaters and their faces (were) covered,” Bahena Rivera said through a Spanish interpreter. “One of them was bigger and a little bit fatter. The other one was about my stature.”

If convicted, Rivera faces a mandatory sentence of life in prison without the possibility of parole.

Rivera is facing one count of first-degree murder in the July 2018 stabbing death of Tibbetts, a 20-year-old University of Iowa student, Fox News reported.

The panel deliberated for a little over three hours before calling it a day and will reconvene on Friday.