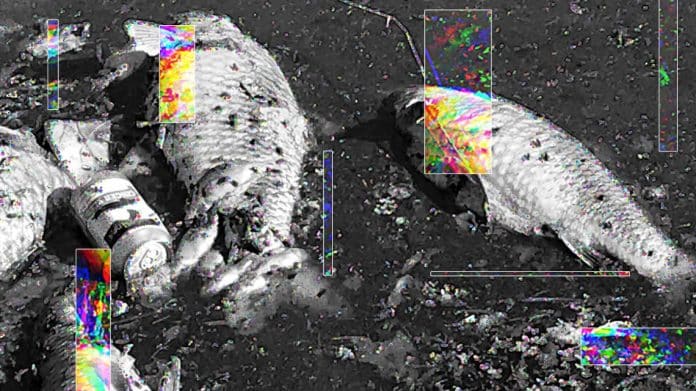 Authorities are investigating a situation that left over 50,000 fish dead in a Kansas City-area creek, Your Content has learned.

The Missouri Department of Conservation (MDC) is monitoring a fish kill in Kansas City’s Brush Creek. The event apparently started June 12. MDC was notified on June 14 and began monitoring the creek.

All the large carp were found in a pool or pond area between two concrete weirs from Bruce R. Watkins Drive to downstream of Elmwood Avenue.

According to the Missouri Department of Conservation, Colehour said a heavy rain event in the area on June 11 may have raised water levels and caused the carp to swim upstream into that area. When water levels dropped, they could not swim back out to the Blue River, which connects with the Missouri River.

The Missouri Department of Natural Resources (DNR) tested the water and is also investigating the fish kill. DNR will determine the cause. Kansas City Parks and Recreation maintains a greenway and trails along Brush Creek.

Every year, statewide, MDC handles about 200 fish kills and other water quality events that pose a threat to fish, wildlife, and recreation. Half are caused by natural events and the rest by pollution. MDC partners with Missouri DNR to investigate fish kills in our streams, rivers, and lakes and ensure that water quality is restored.