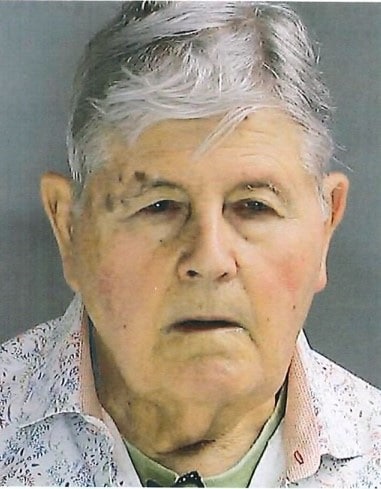 An 81-year-old Delaware County pharmacist is behind bars for allegedly trading drugs for sex, the Delco DA told Your Content.

The defendant is the owner and operator of the Murray-Overhill Pharmacy located on State Street in Media, which ceased operation in June 2021.

“An octogenarian pharmacist—who profession is dedicated to serving the health needs of the community with honesty and integrity—traded drugs for sexual favors. In doing so, he allowed his need for sexual gratification to override any sense of personal or professional responsibility to the community. His actions risked the life of every individual receiving these illicitly obtained drugs. While hardworking pharmacists all over Delaware County are making the overdose- reversing medication Narcan available, this defendant chose instead to actively contribute to the scourge of addiction that families in our County grapple with every day,” said District Attorney Stollsteimer.

Following an anonymous tip, on the morning of Sunday, April 18, 2021, the Media Borough Police Department dispatched officers to check on two unconscious individuals parked at the rear of the Murray-Overhill pharmacy.

As the officers—Sergeant Eric Gavin, Sergeant Matthew Egan and Officer Dan Divito—were in the process of identifying the individuals in the car, a woman (“S.E.”) emerged from the rear of the pharmacy.

Upon spotting the officers, she retreated to the pharmacy. The defendant—who was known to the officers as Martin Brian—emerged from the pharmacy and asked “if everything was alright.”

Upon separate questioning, inconsistencies emerged in the accounts given by SE and by the defendant.

As a result, the cell phone of S.E. was seized, and a search warrant was obtained for its contents. Numerous text messages between S.E. and the defendant were identified in which the defendant directed S.E. in how to respond to the officers’ questions.

The U.S. Drug Enforcement Administration conducted an audit of the pharmacy on April 20, 2021, analyzing the pharmacy inventory for a five-year period, from 2016 to 2021. The audit revealed substantial discrepancies in the pharmacy’s inventory of oxycodone, Xanax, and fentanyl.

The pharmacy’s practices were also reviewed against the DEA’s database, which allows the DEA to compare the quantity and types of purchases that a pharmacy is making and compare those purchases to other pharmacies.

The comparison revealed that the Murray-Overhill Pharmacy was the largest purchaser of oxycodone, fentanyl, and related drug products, in the 19063 zip code.

On April 26, 2021, S.E. was interviewed by agents from the DEA, and she admitted that she had been meeting the defendant weekly to exchange sex acts for money and for controlled substances.

“The allegations against Brian that he repeatedly distributed powerful painkillers and other controlled substances in exchange for sexual acts are repulsive and demonstrate Brian’s total disregard for his legal and ethical responsibilities as a pharmacist,” said Thomas Hodnett, Acting Special Agent in Charge of the Drug Enforcement Administration’s (DEA) Philadelphia Field Division. “The DEA, working with its partners such as the Delaware County District Attorney’s Office, the Media Borough Police Department, and the Pennsylvania Department of State, will aggressively pursue rogue pharmacists like Brian that are responsible for contributing to the opioid epidemic.”

DA Stollsteimer added: “I want to thank Sergeant Anthony Ruggeri, Deputy District Attorney Laurie Moore, as well as the whole team in CID that supports the work of the Narcotics Task Force. A special shout-out is also due to the officers of the Media Borough Police Department, whose initial investigation led to today’s arrest.

“We are also extremely grateful for our terrific partnership with the DEA, and with the Department of State’s Bureau of Enforcement and Investigation.”

The defendant turned himself in to authorities on Monday, November 1, 2021. The defendant was arraigned by Senior Magisterial District Judge Cullen, and bail was set at $250,000, unsecured.

A preliminary hearing is scheduled for November 17, 2021 in front of Magisterial District Judge Walter A. Strohl.