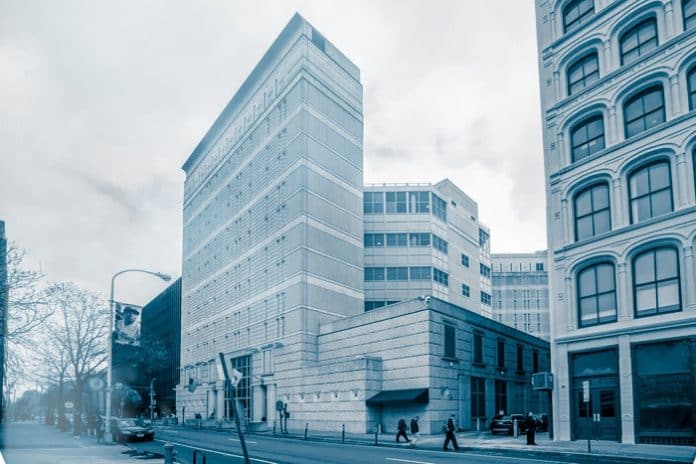 A Philadelphia man known as ‘Slick’ managed to smuggle contraband into a fortified federal penitentiary through his jail cell window using a line of string, Your Content has learned.

Acting United States Attorney Jennifer Arbittier Williams announced that Anthony Robinson, a/k/a Slick, 34, of Philadelphia, PA, was convicted at trial of conspiring with others to smuggle contraband into the Federal Detention Center (FDC) in Philadelphia.

In April 2021, Robinson was indicted for conspiracy and possession of contraband in prison stemming from a 2020 incident caught on tape in the prison. In April 2020, staff at the FDC observed a man outside the prison, attaching items to a line.

According to federal prosecutors, security camera footage showed a rope being pulled up the side of the building facing Arch Street. Upon searching the cell from which the rope emanated, officers found two cellmates along with quantities of Suboxone, cocaine, tobacco, methamphetamine tablets, marijuana, a SIM card, and an inoperable cell phone. Both men were charged and convicted for possessing contraband in prison.

“Maintaining the secure environment of federal correctional facilities is paramount to the safety of staff and inmates and the pursuit of justice,” said Acting U.S. Attorney Williams. “In this case, even though this defendant had already committed an unrelated federal offense for which he was in prison awaiting trial, he couldn’t help himself and committed another crime by smuggling contraband into the facility. He will now face even more time behind bars after this trial conviction.”

The case was investigated by the Federal Bureau of Investigation, and is being prosecuted by Assistant United States Attorney Sarah Damiani.